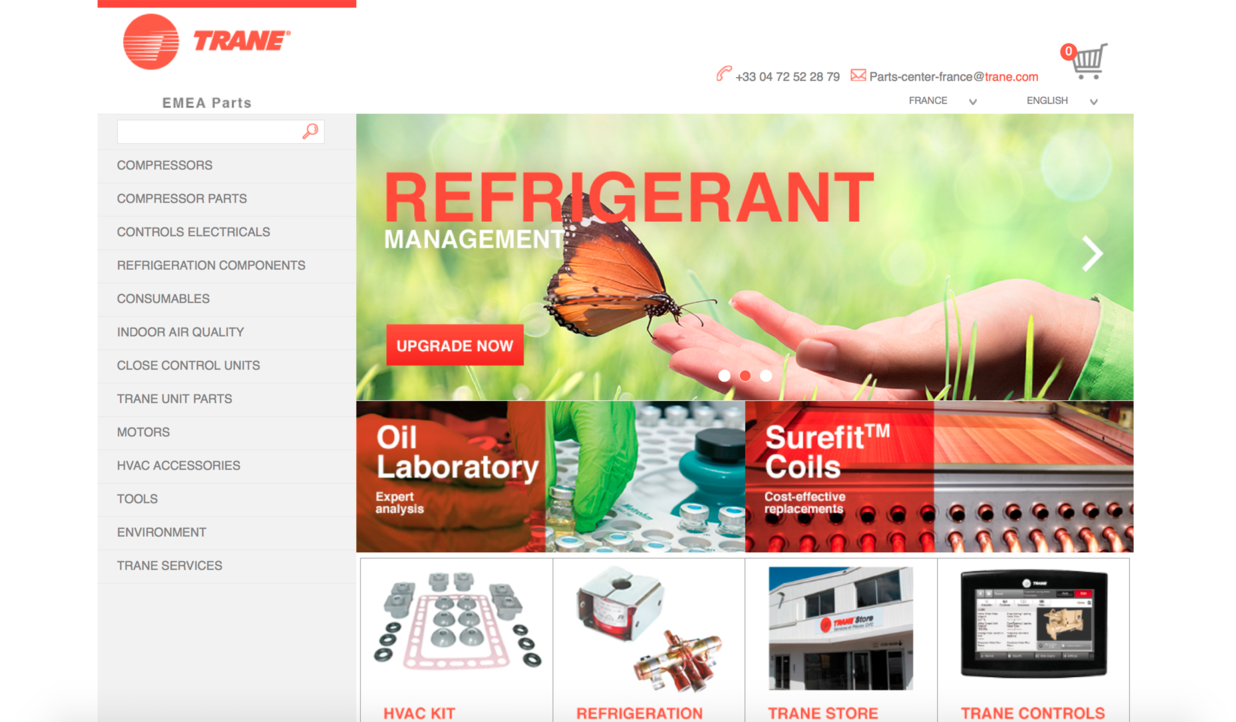 In late 2014, Trane ordered the development of a new front-end platform as one of many that was to interface with their new custom big data back-end system. This platform was initially developed by a third party, but did not meet the specifications set by Trane. After this failed attempt, the project was handed to Cegeka, who in turn outsourced the development of this application to Ixudra.

This project included a full rewrite of an existing platform, previously written in Zend framework version 1. The project was quite unconventional as it required no actual database (except for authentication) but collected all it's data from an existing back-end system using REST services. Additionally, an ElasticSearch instance was set up and made accessible through the API.

Ixudra delivered a state of the art web application in Laravel 5 in accordance with the SOLID design principles. The application also came with over 70% code coverage of the entire code base to ensure code quality. Aside from simply re-implementing existing functionality, several additional improvements were made to improve usability and user experience.