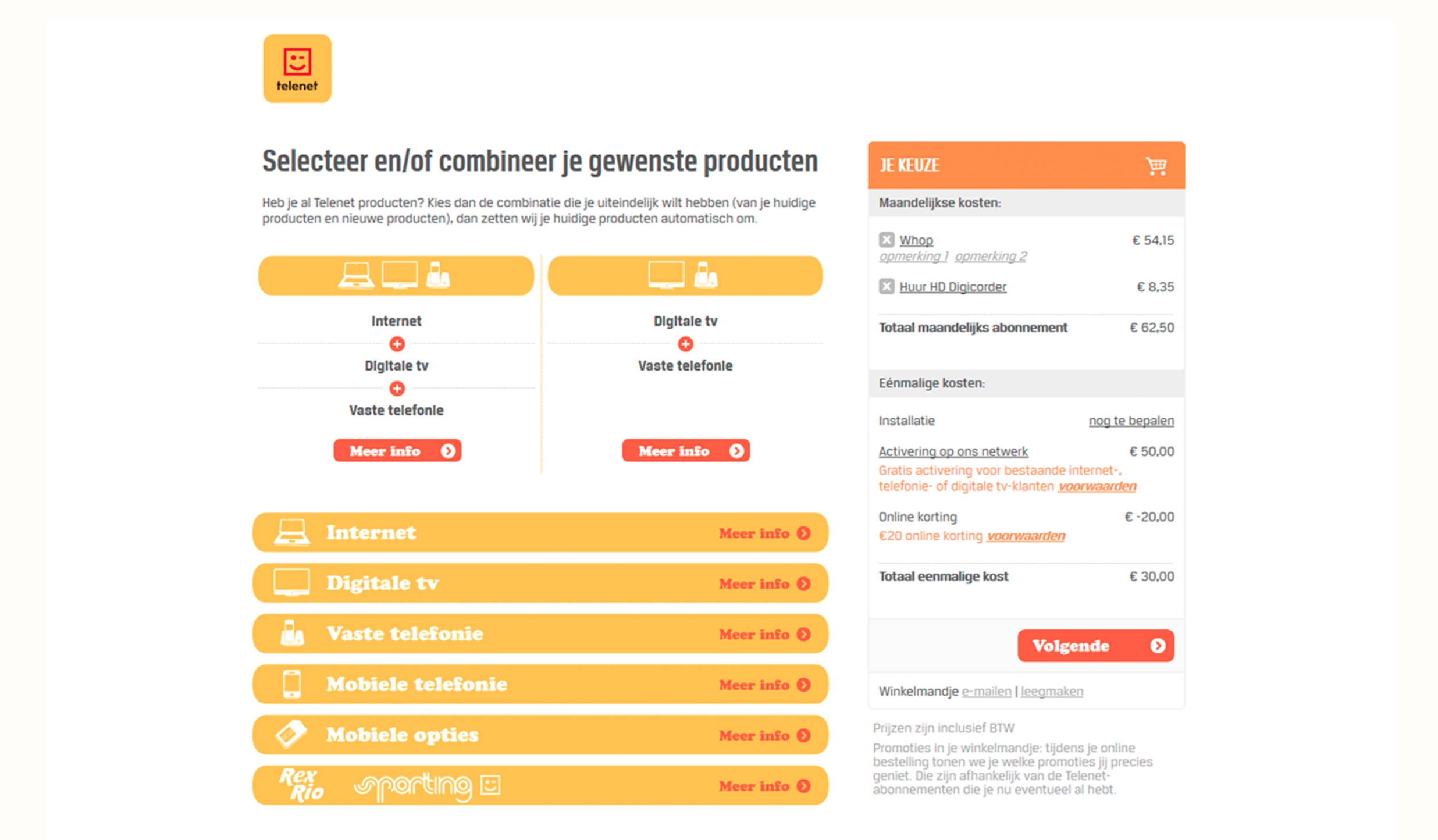 Ixudra had many different roles throughout the project but the most significant role was developer/agile coach in a 10-person PHP development team which was responsible for the development of the Telenet esales application. This is an eCommerce platform that is used by Telenet customers to purchase or upgrade new or existing products throughout Belgium.

Over the course of one year, Ixudra functioned as an integral part of the development team and took the lead in introducing several major functional as well as infrastructural improvements to the project. These improvements include: